Kiril_Kaper
Employee
I have also updated sk162735 with instructions for Windows Server 2016 and up.
The changes will be visible from tomorrow (28.10.19).
1 Kudo
Reply
Share 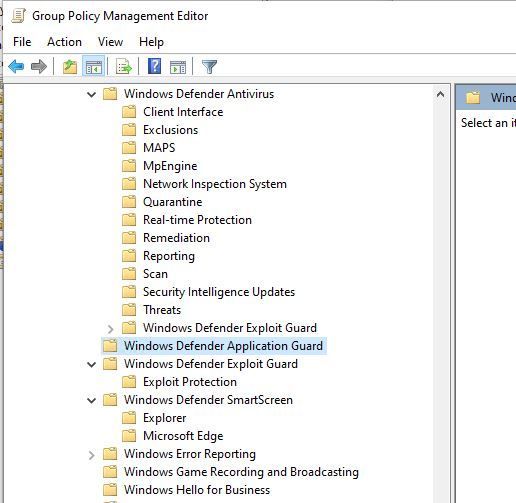 Hi Kiril, We've recently started pushing out endpoint client upgrades to users who are on older version to E84.00 and some users have reported they are getting windows security popup after the update any idea why it might be coming? 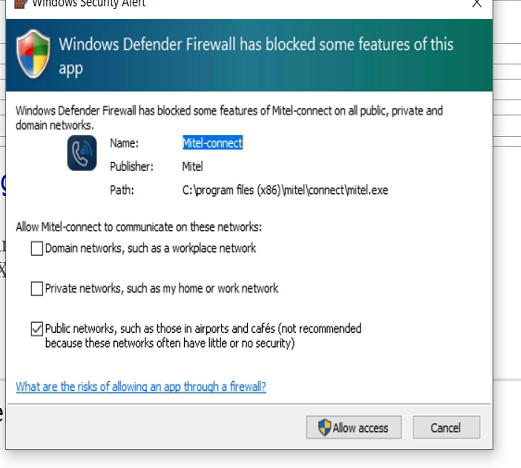 The pop-up is related to Windows Defender Firewall and Mitel-connect application.

I can advise to open a ticket to our support to investigate.

yes the popup is related to windows defender firewall and mitel connect application but is it not supposed to happen when endpoint client is installed? we thought windows firewall service is turned off by checkpoint endpoint client.

I have seen this behavior on Windows Server 2016 and 2019 because (from what both TAC and development has told me) Microsoft removed the API call to hand off control of firewall and antimalware to third party products at install time. You need to manually disable them. Windows 10 however still plays nice and the Windows Security panel will indicate who is providing firewall and antivirus services. Take a look at that and see if it mentions Check Point as providing firewall. If so, that is an even more strange occurrence considering the dialog box you saw.

It is troubling to hear that this behavior is showing up in an 84.xx build of EP on Windows 10 workstations.