In R77.30 and earlier IPS packet capture was stored on the gateways as .pcap files and we could retrieve them using "fwm getpcap" over SSH. In R80+, IPS has been moved to Threat Prevention and it seems that packet capture is now being stored as .EML files. Looking at the logs from "fw log", the "packet_capture_unique_id" is now a name, where on earlier versions this was a ID number. Tried running "fwm getpcap" with different ID's from the logs, but all returning errors.

I heard that there are plans to stop using .EML files, but until then, are there any ways to get the IPS packet captures out from SSH?

Let me ping my friends in R&D about this one.

Turns out that’s in R80.10+, the packet captures are stored on the log server, not the gateway as was the case in R77.30 and earlier.

Consequentially, the fwm getpcap command does not work for R80.10+ Gateways

Meanwhile, in R80.10, the only way to get the capture is via SmartConsole.

Alexander_K
Explorer
In response to PhoneBoy
Jump to solution

Jim_Stergiou
Participant
In response to PhoneBoy
Jump to solution

Did the ability to pull pcaps from the API make it into the R80.20 EA?

PhoneBoy
Admin
In response to Jim_Stergiou
Jump to solution

I don't see anything in the API docs for it offhand...

PhoneBoy
Admin
In response to Pablo_Munoz
Jump to solution

Never too late for a correct answer

The nice thing is in R80.10, these files are stored as .cap files directly, which means Wireshark and other tools can read them.

In a R80.10 installation it seems that there is only .cap files for the last couple of days. Does anyone know for how long the .cap files are stored and where it can be configured?

It's my understanding that these settings are configured from 'Disk Space Management' (GW Properties -> Logs -> Local Storage). Here you can also define how much disk space will be allocated for packet capturing. Files should be stored until we start running out of space (then log rotation starts working as per the settings)

It seems that R81.10 does not offer the possibility to configure this anymore: 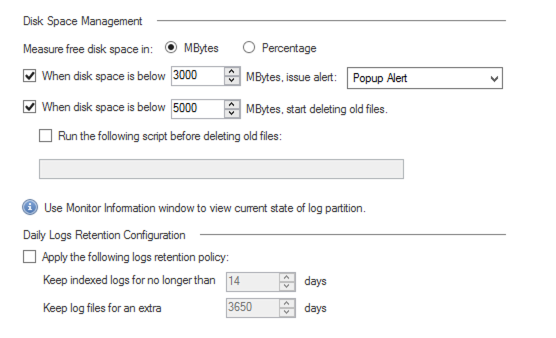 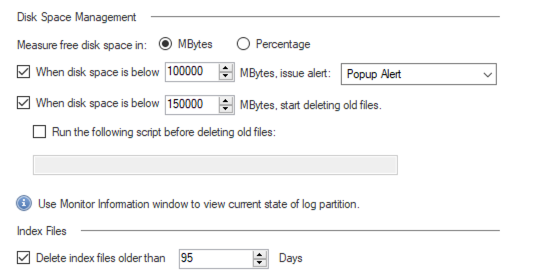 This is configured on the gateway object, not the SMS.  The Local Storage screens you are showing are for an SMS.