PhoneBoy
Admin
Are you trying to add more than one bridge to a VS?
I believe a given VS can only have one.
0 Kudos
Share
Reply

PhoneBoy
Admin
In response to DPB_Point
A diagram of what exactly you're trying to achieve would help tremendously.
1 Kudo
Share
Reply 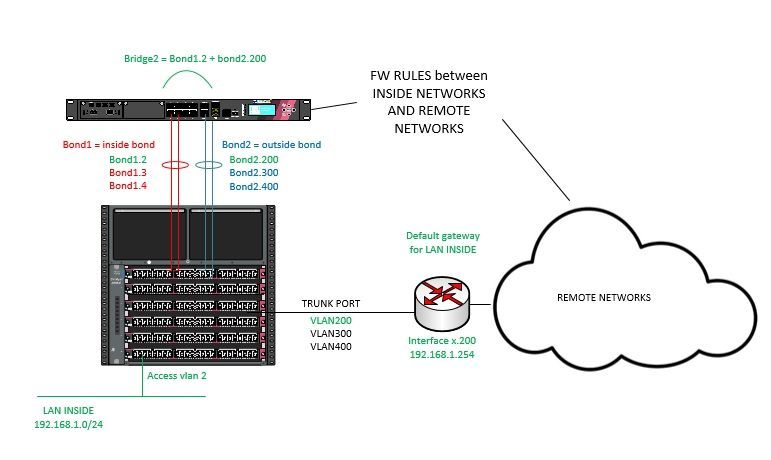 PhoneBoy
Admin
In response to DPB_Point
I saw the diagram.
As others have said, you will need to use a VS per VLAN translation or translate them outside of VSX.
1 Kudo
Share
Reply

Vladimir
Champion
In response to DPB_Point

DPB_Point
Contributor
In response to CyberBreaker
I think this is not related with this post.
I don't know if I understand your config. I think you need something like:

After this you must be able to see packets flowing through your firewall. Please, after changing the configuration run in CLI: >fw monitor -e 'accept host(YourSwitchIP);' and paste here the output. You can check it with tcpdump(from expert) too.
You must see the packet flowing through the 4 inspection points iIoO.
0 Kudos
Share
Reply
Jeff_Gao
Advisor 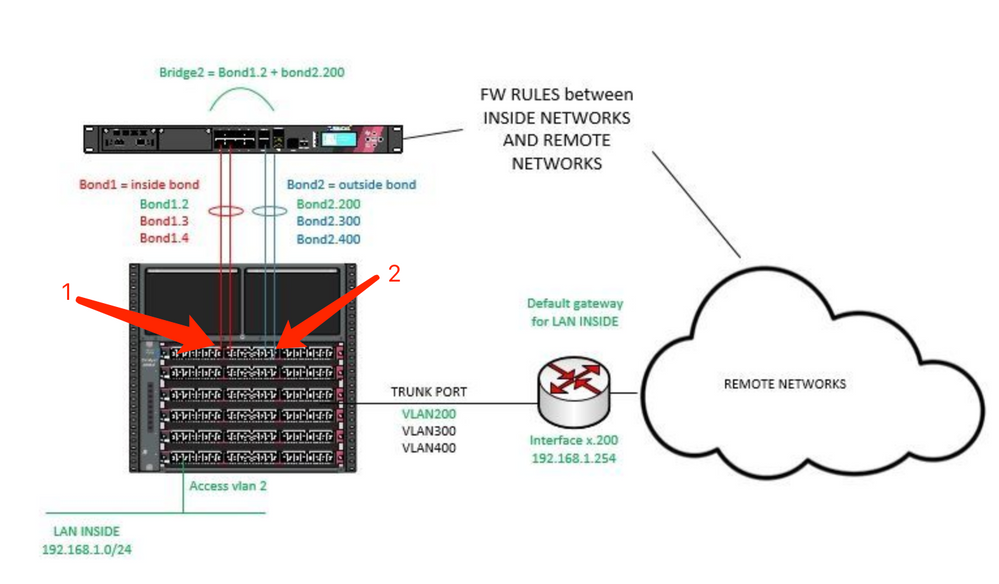 What are the configuration of port1 and port2,thanks!