I have received a request to allow users to be connected for a longer period of time without re-authentication over the MAB Portal . I am currently using this feature to "reverse proxy" some apps in a secure network to the user network but with some extra authentication.

The users are complaining that the MAB timeouts their session and they need to re-authenticate after about 1-2 hours. This checks out as i have done the same test. They would like to have around 8 hours timeout.

It is not clear if the timeout comes from the MAB itself or from the TCP/443 service on the firewall blade.

Regarding the MAB timeout i have configured 1440 minutes (maximum) timeout allowed but it is highly unclear which applies to the MAB portal as i have found 4 different locations. Which applies to MAB? What else could be causing the session to end so fast (enabled also back-connections, etc.) as i have set all of them to 1440. 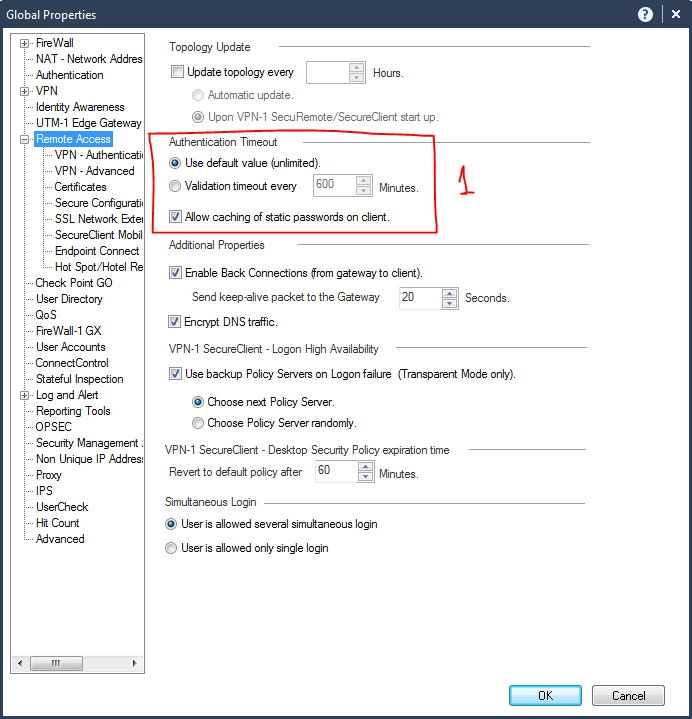 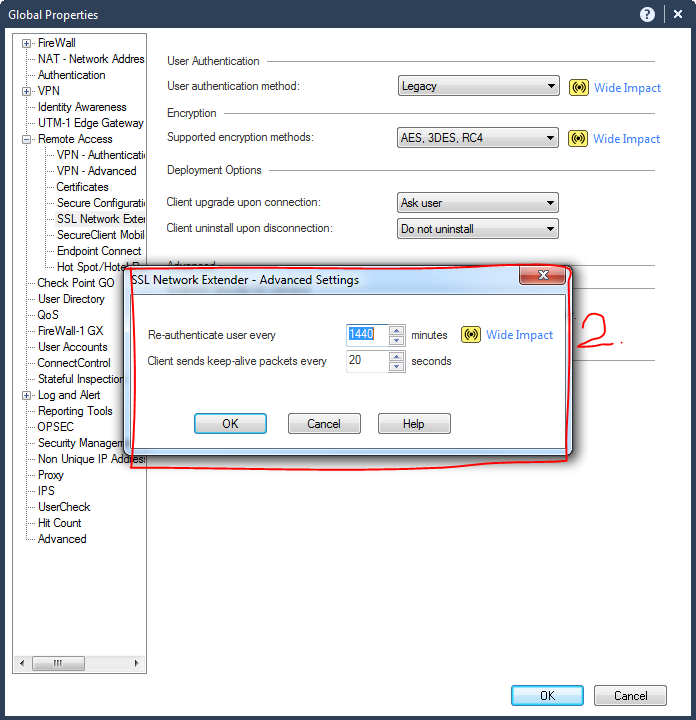 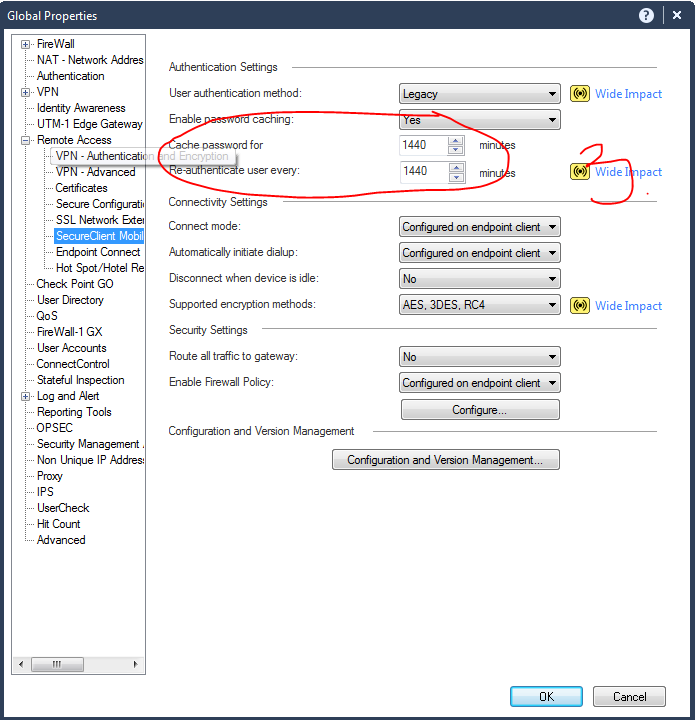 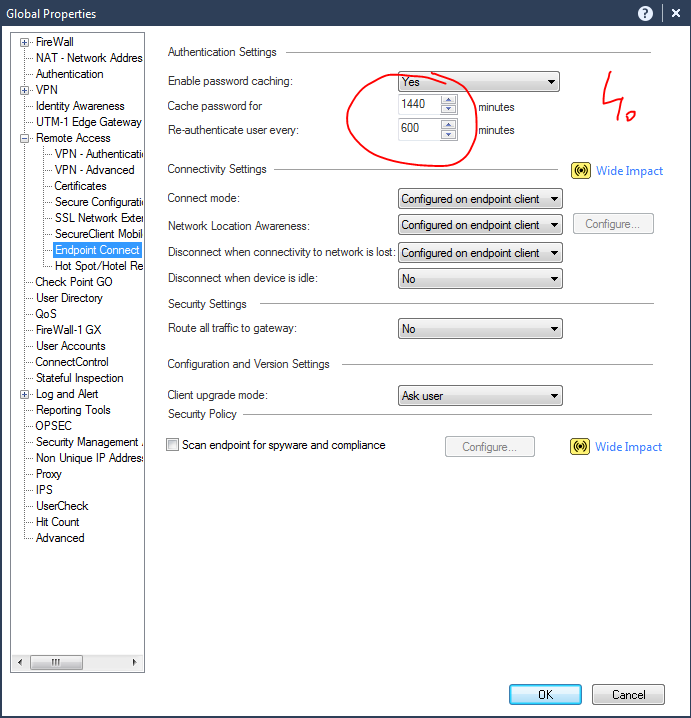 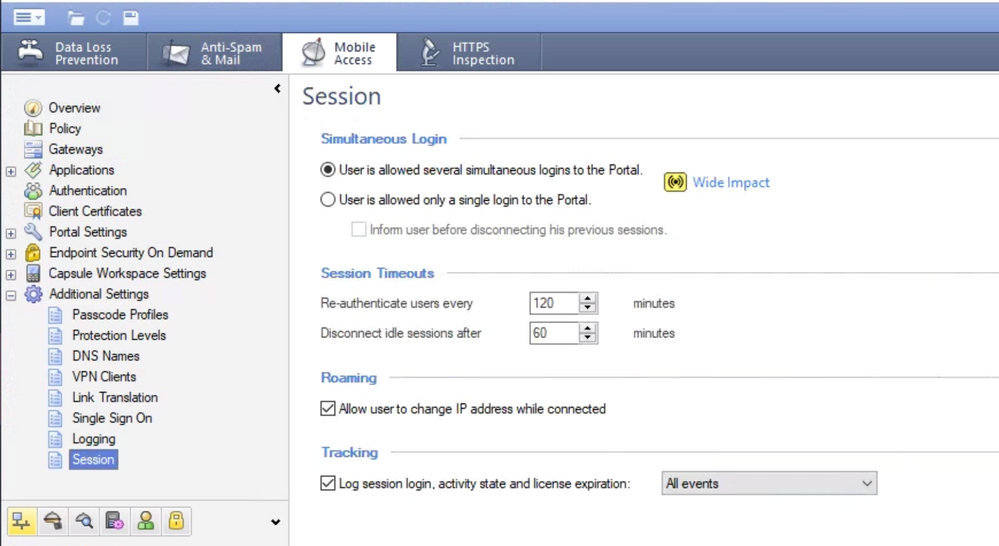