Again converting legacy policies to R80.10; here is one more issue would like to discuss. Previously I had legacy user access Remote Access VPN Solution [EPM].

Then edited the policy and ticked the Application Blade.

When tried installing policy it threw an error about legacy user access group which was used for Remote VPN. Hence I created access role and added those groups in the rule.

Now policy installation was successful and even users were getting connected however one issue I faced was even though ports were allowed in the same rule. Traffic was dropping for Office mode client IPs to destination IPs which were present in the rule and it was dropping at the clean up rule.

Any clue why? Then I again reverted the changes and it started working fine. 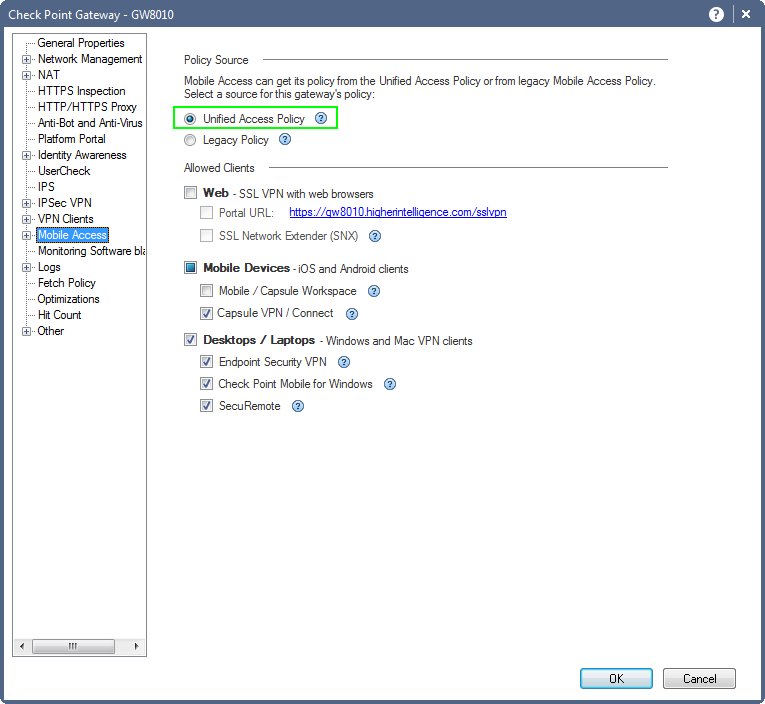 Blason_R
Advisor
In response to Vladimir

That is applicable to end point VPN as well? Or only for mobile access policy? Yes I have community in the rule base.

What should be done in that case?

Vladimir
Champion
In response to Blason_R

This is the example of the policy I was using in one of my labs with Mobile Access layer:

With Access Roles configured according to your client of preference and the VPN column set to Any.