The purpose of the document is to describe the steps necessary to make a granular control of the YouTube channel in Check Point's NGFW, thus being possible to allow or block access to specific YouTube channels from their unique identifier.

The script used in this Proof of Concept was created by me (Thiago Mourão) using official reference documents from the API Management API Reference v1.8 (link), for more details and updates to the API available through Check Point, please visit the Check Point API Reference (link).

In this lab, we used an R81.10 version of Check Point Gaia defined as Security Gateway and Manager (StandAlone) at the same time and they were virtualized on VMware Workstation 16. 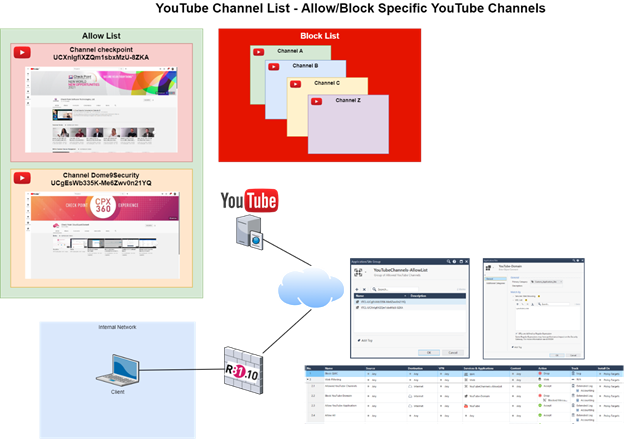