We are running on R77.30 with Mobile access blade enabled and with endpoint security scan check. I want to upgrade mgmt. server from R77.30 to R80.10/20. But I saw few threads and came to know that MAB is not working as expected in R80.10/20. So just checking if it is taken care in new General availability take.

Currently We have installed additional hotfix (R77.30) which is in SK113410 for JAVA plugins and also it is making security scan check process faster. 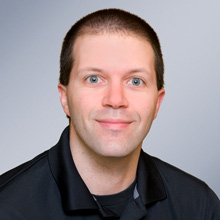 SNX and Mobile Access do work properly on R80.10 if you install the hotfix from sk113410. However, from what I understand from discussions w/ TAC and my SE, R80.20 is not yet supported. The hotfix in the SK will not install on R80.20, and the fix is not already built into the R80.20 code, or any jumbo HFA for R80.20. I've heard that it may be coming soon, but until I haven't definitive word, I can't move my gateways to R80.20, which is a shame, because there are other features I would like to leverage that require R80.20 on the gateways.

Currently you are running your environment on R80.10 with MAB enabled?

Sorry, I didn't see your earlier reply - I am currently running R80.10 w/ MAB and the hotfix from the SK. I did see that the hotfix for R80.20 is now available, but I haven't deployed it yet to be able to say if it works or not.

Ok. Thanks for the information.