Capsule workspace R81.10 IOS not connecting (some user, some iphone)

After migration from R77.30 to R81.10 there are some problems with mobile access.

General Workspace mobile on Android and IOS works, but for some devices and users ...

User was unable to connect from IOS. Decided to reset IOS and install capsule again (after reinstalling only capsule).

- no way to connect (Failed to login, InternalError) 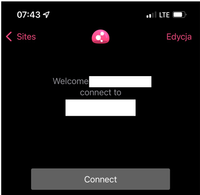 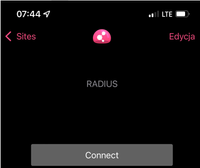 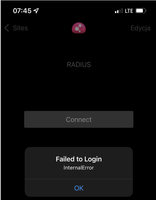 On the same iphone another IOS user is also unable to connect, while is working normally on his own IOS.

"not working user" from the first IOS is also unable to connect on the IOS of the "working user".

"not working IOS user" is a "working user" on Android Capsule and laptop.

Another user has the same problem (but on Mac is working, only not from Capsule on iphone is now a problem - was working - stopped working), but is "less available" and the number of IOS devices for tests is limited.

Any idea when a new capsule fixing this problem will be available for IOS? Or how to avoid it/repair  without replacing IOS phones to Android 😉

Maybe someone knows a procedure how to totally "uncapsule" an Apple  user account/iphone? It looks something failed and is stored somewhere.

Devices are assigned on the backend and it may need to be unassociated.
Recommend engaging with the TAC.

chrominek
Contributor
In response to PhoneBoy

And a little more hints for TAC? Case is on the debug level stage and during debug next iPhone "killed". Maybe you know which iPhone emulator will work with capsule? Easy to repair 😉

How did they debug it that "killed" the phone??

I agree with @PhoneBoy . The error is super generic, so working with TAC to debug this might be your best option. Its really hard to say if rebooting the gateway would help here at all.

After 1/2 year TAC diagnostics, debugs , replication of the problem (working in lab), upgrading binaries etc. reverting the whole mobile access auth to "local user" solved the problem (after return to radius). After the first step - reverting to the "local user" -  a prompt for a password  appeared on IOS (and capsule at least connected to the gateway, but local user is working with mobile access, not capsule, so this step for capsule finished on "unknown user or bad password", but it was "a big step for IOS" ).

So it looks it was an unknown problem with radius, which was so kind to work with mobile access, mostly with android and on IOS as long, as nothing have been changed. Why it was not working on IOS after a problem  with a user or on a new phone creating a new site - will left unknown.