Some first impressions are following.

What are your thoughts?

Endpoint Security Server from R77.30.3 is finally available on the R80-platform, even though I don't have any customers managing both firewalls and endpoint from the same SmartCenter.

fdisk and tools are updated and disk alignment, even though the disk layout still leaves a bit to be desired (VMware uses 4 MB blocks). The advice to add more storage to /var/log after installing GAiA still applies.

Still selecting the wrong scheduler by default on virtual machines. This should be deadline pr VMware recommendations!

No improvement to the legacy "Configure in SmartDashboard" blades.

No support for paravirtualized drivers in VMware, even though this release is supposed to be based on RHEL 7.

I'm looking forward to do some performance tests on SmartConsole and logs, on larger installations this has been a concern. Also the new kernel and default XFS file system is a major improvement.

Still I'm disappointed with what's not solved or included in this release, hurry up Check Point, your driving to slow!

RickHoppe
Advisor
If I understand this correctly this is not R80.20 but R80.20.M1 and includes some new features.  But perhaps for this reason also lacks some new features. Then you have to wait for R80.20.Mx and see if it’s in there. If you interpret this negatively you might say it is an incomplete R80.20 until R80.20 GA (also for Security Gateways) is there.

It depends what are the features you are looking for... if you waited for extreme multi-tasking, Multi-Domain VPN support, improved web log viewer, API's for GUI-only features etc. then you could get them right now. It is true that if you are waiting for Dynamic Office 365 Objects, for example, then this is still only available through the Public EA and the Production EA.

Some Check Point components have their own release cycles such as CloudGuard IaaS and Sandblast. With the Management releases, we can provide main-train releases that support ease of management and automation to our gateway components.

Then you should have called this release R80.15 in stead, as you should know how to manage customer expectations.

Since I haven't participated in the EA I don't know if the platform/GAiA issues I mentioned above are done right in the final release.

Still I'm happy you have released something i 18H1 and hope for a quick release of the full R80.20 version.

At some degree I can understand the reasons behind this. But from an customer point of view I'd rather wait for the complete suite (with that I mean Management and Gateway on R80.20). I don't like the idea of having to install multiple R80.20.Mx versions this year to later be able to install R80.20 for Security Gateways too. Of course it's good to have some of  the new features already on management (if you require them), but the new release schedule also means we (as Check Point partners) need to have more maintenance windows within the existing support contracts. Hopefully the complete R80.20-suite will be here before TAC starts telling us that a required fix on R77.30 or R80.10 is already available in R80.20.Mx.

When will we be able to deploy R80.20 M1 to Azure. Need to get onto this release ASAP

I've cloned my VM management and upgraded to R80.20 only to find out the hard time that I can't use the loop00 interface which was assigned my lab license 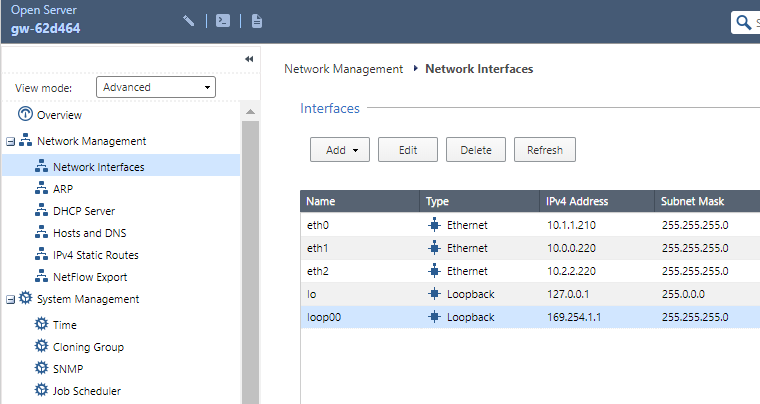 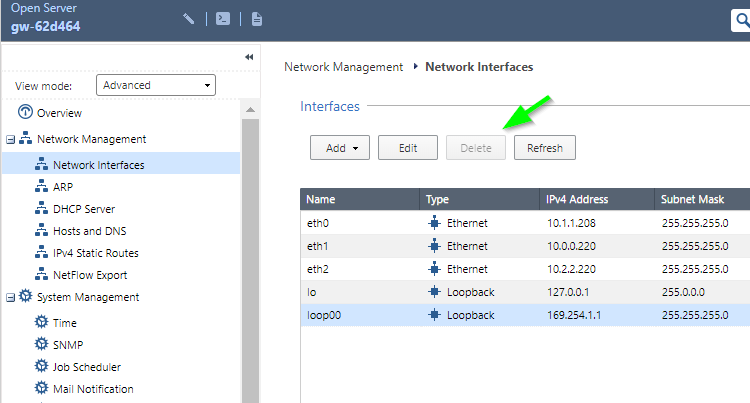 Even more odd is that you can add loop00 and the like but not delete them through neither clish not the webui AND creating them does not have any effect in terms of ifconfig/ip address. They don't get "activated" in the OS it seems

As I needed an active interface for the license to kick into life I needed to remove the loop00. For this I adapted and followed How to delete entries from Gaia configuration database to get rid of the loopback interface like this ...

Be aware that the article currently suggests to use a forward slash rather than a backslash followed by two spaces.

PS: As a side note R80.20M1 doesn't have a menu for cloning groups anymore(see second option in "System Management" menu