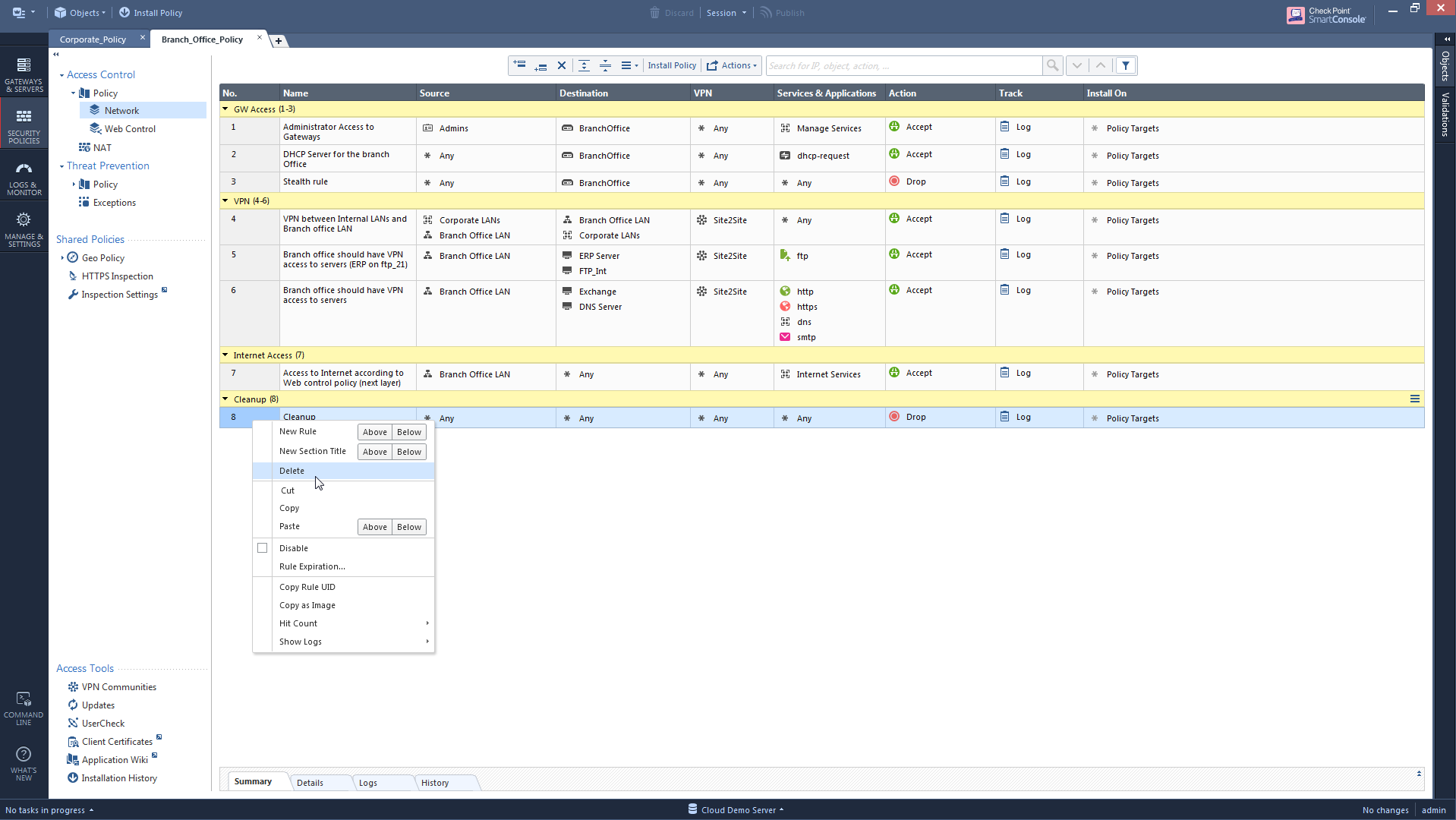 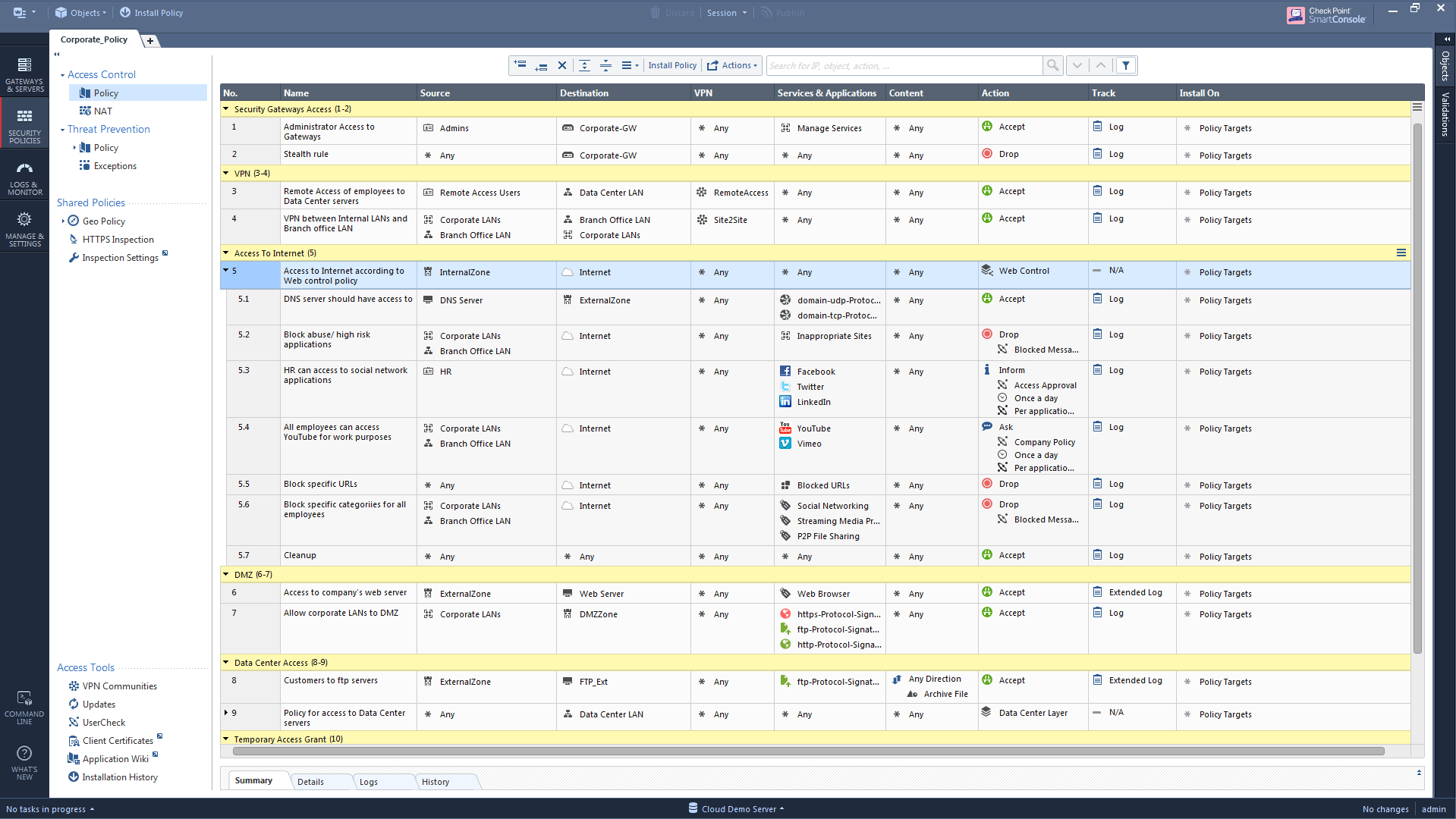 Thank you for this.

This is me commenting more for other people to see, that have perhaps tried to do something that I have:~

If you want to create an ordered layer, such as a "Management"  layer before your access control policy it will not behave the way you expect. When you have multiple access control ordered layers, traffic must be accepted by all of them in order to work. If traffic is dropped by the first layer though, that's it - it will be dropped but accepts must be matched in BOTH rulebases.

I can't see a scenario where I'd actually ever use a tiered access control policy like this, for that reason. Except for perhaps some global drop rules you might want to apply across multiple policies but for accept traffic, it makes the logic complicated and doesn't behave the way you would expect it to.

Like others, I was trying to replicate the functionality of the global policy and I just don't think this is possible with the way the rule-matching and ordered layers work.

I am guessing this is intentional, so that customers with those needs use the MDSM product with the Global Policy. Otherwise the layers are there for you to segregate out certain blades, more than policies - like having a portable, modular Application Control policy that you can re-use. I would say, I don't think the way I have configured it would ever work yet I can certainly see people trying to use it like that - it is perplexing why it'd let you create a second ordered layer "Firewall" policy when it wouldn't behave the way most people would expect.

Oh and to add, the implicit action of accept is needed - for unmatched traffic to flow down into the next layer. So the implicit clean-up action, defines whether we drop the traffic at the end of the layer or it proceeds to the next layer for further matching. An accept in the first ordered layer means it moves onto the next for a second match etc.