I'd be interested to know what kinds of ELBs are officially supported by Check Point in AWS and what, if any, caveats that are applied to each kind.

As part of an ongoing project, I am required to route inbound traffic to peered VPCs.

Classic and Network ELBs does not support this, as it requires targets to be instances in the same VPC.

The Application ELB does:

As far as the different types of ELBs, there's two ways to look at this:

In both cases, I don't believe the type of ELB is relevant.

Would you know if it is possible for vSEC to inject X-Forwarded to the packets send to ELBs?

I'm not sure that the source of traffic traversing Logical Server and ELBs can be identified by the instances, which may be required for applications.

There's an option in Application Control to do this, which means it's likely possible.

Can you point me to it?

The only place I've encountered it in was the "Advanced" properties of the Proxy settings. 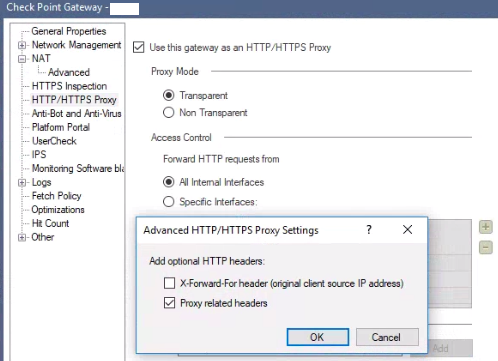 Nah, this one works for the egress only.

I was looking to do the same on the way to ELBs.

Matt_J
Contributor
In response to PhoneBoy

When is official support coming? If this workaround is not applicable to R80.10, I am at a standstill on this project...

PhoneBoy
Admin
In response to Matt_J

The current R80.10 AMIs do not support ELBs.

They are expected to soon but I do not have the exact timeframe for this.