I'm trying to use the tool above as per Python tool for exporting/importing a policy package or parts of it .

The problem is though that not even the help utility works: 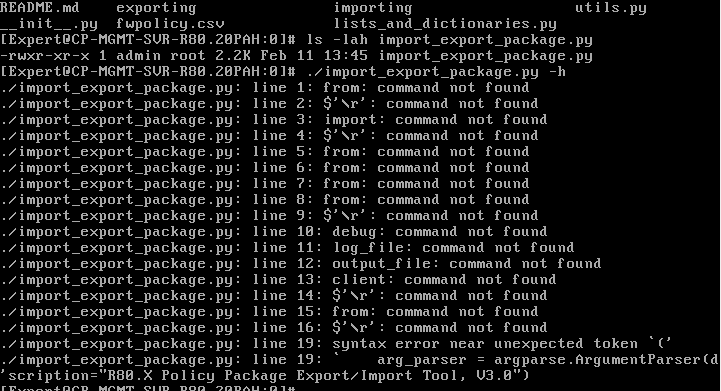 The python version appears to be the right one while the script is executable.

Has anybody had this before?

Seems like the script itself does not contain a Shebang line to point to the python executable. Try to move to the directory where the script resides and execute it via "$FWDIR/Python/bin/python import_export_package.py".

Nick_Doropoulos
Advisor
In response to Maik