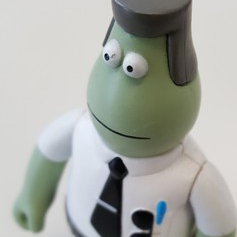 I'm trying to come up with the proper syntax to filter a specific IP which is encapsulated within a GRE tunnel. Googling around this seems to be a unique topic, and this the closest I could find:

No valid hosts found - the blog about openstack: How to filter IP addresses inside GRE in tcpdump

...but I'm having trouble on GAIA: the command is being accepted, but it's filtering zero packets even though I know the traffic is there and passing through the gateway. I suppose the syntax for for the target IP may need to be expressed differently, but it's just a theory at this time. Also thought of using fw monitor for this purpose, but the syntax is even more complicated, at least for my limited scripting abilities.

Any help will be much appreciated!

But sometimes to get information out of any of the 2 you need to disable fwaccel first by using:

Thanks, but how do I go deeper by 1 layer?

The scenario is: the "outside" IPs of the GRE tunnel are Public Internet and always fixed (of course). The tunnel is transporting a huge amount of data from A to B. That huge amount is comprised of traffic from different Private sources and destinations (e.g. 10.x.x.x) seen on the "inside" of the tunnel.

How can I filter a specific IP from the "inside" of the GRE tunnel, so I can capture only the private IPs I'm looking for?

If you need further info look at this site for more examples and how to use fw monitor.

I used those commands with some variations before, trouble is they only apply to filtering straight packets (in other words, the "outside" of the GRE tunnel in my particular scenario). What I'm looking for here is how to filter the IPs in the "inside" or payload of the GRE tunnel, which happens to contain another set of source and destination IPs (this is the very nature of GRE).

At the end of the day these are encapsulated packets. The difficult bit is filtering based what's in the payload of the GRE tunnel. Even that link you provided suggests it might not be possible. It says: "You will only see a second line if the transport protocol used is known to fw monitor. Known protocols are for example TCP, UDP and ICMP. If the transport protocol is unknown or can not be analyzed because it is encrypted (e.g. ESP or encapsulated (e.g. GRE) the second line is missing."

I'm thinking it could be done by counting offset bytes or something like that? Thoughts?

Have you sent this to an output file and open this with WireShark?

Yes, nothing shows up, that filter syntax does not work in this case due to the IP being inside the encapsulation.

One of the features: Editing packets in batch, especially by removing certain protocol layers like MPLS, GRE or GTP-u,

tcpdump only gets the first few bytes of the packet by default.

You may have better luck by adding -s 0 to your tcpdump command,which I believe means capture all bytes.