I am trying to replace Checkpoint 1490 to Checkpoint 5200 with GAIA-R80.10 Standalone deployment.

Unfortunately SIP is not passing through over checkpoint. It was dropping SIP 5060 port and I used SIP Security Rule for Proxy in DMZ Topology and created to related rules. 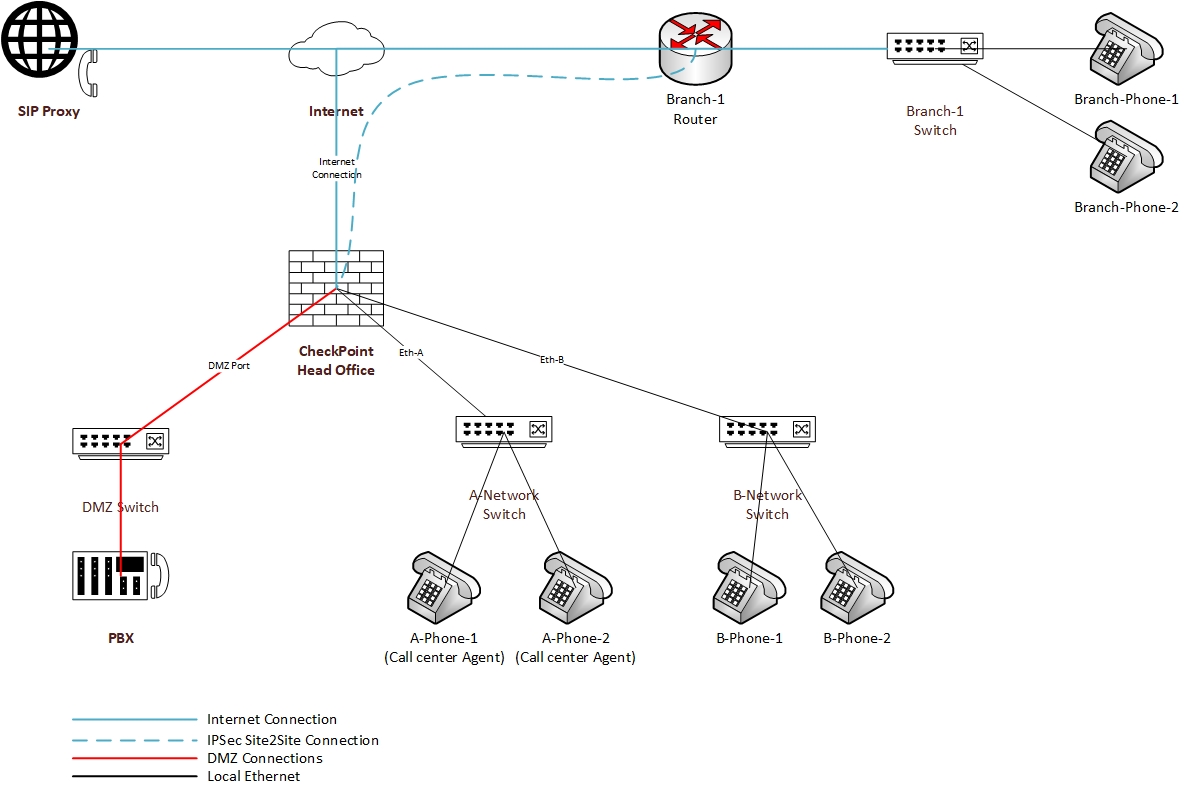 No any drop and prevent logs on appliance. Working without issue with Checkpoint 1490 and any other 3rd party firewall. We tested it...

Sorry for my poor English.

I hope you understand the topology and can help to me..

First of all make sure you have a No NAT rule above all Automatic NAT rules that disables NAT for all internal networks to each other. something like create a group for all RFC1918  networks and put it in the original source and dstination and leave the translated to original. unless you have a really good reason to NAT all traffic going between your own networks.

Look at this article, maybe this will help:

I tried this guide.

2) create a rule from all internal networks (PBX and fon-network) to SIP Proxy and drop outgoing port ranges objekts from point 1.

Thus only the SIP-Proxy can establish connections to the Fon and PBX via RTP. So the issues "fwconn_key_init_links (OUTBOUND)" should be gone.

This error occurs when the direction is changed. For example, if a connection from the Fon to the SIP proxy is opened via RTP and the SIP proxies tries to establish a new connection to the Fon. In this moment, the errors "fwconn_key_init_links (OUTBOUND)" begin.

By blocking the RTP ports to the outside, you force the SIP proxy to establish connections to your network and the failures are gone.

I tried this behavior in our firewall and fon LAB for about 4 hours and came across this solution approach.

Thank you for your reply.

I found the issue. But don't know the how to fix it. It isn't rule and any other configuration issue.

Sorry for my bad English..

First of all make sure you have a No NAT rule above all Automatic NAT rules that disables NAT for all internal networks to each other. something like create a group for all RFC1918  networks and put it in the original source and dstination and leave the translated to original. unless you have a really good reason to NAT all traffic going between your own networks.

I received information from TAC and R&D team.

this is an unsupported topology configuration that is leading to an issue with the correct establishment of the data connection used in the VoIP call.

OMG. I cannot believe that.

Dameon Welch Abernathy‌ Do you have any clue? 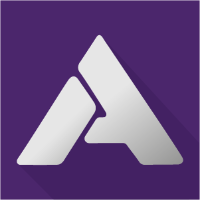 Hi John, I had some problems with a SIP trunk after upgrading to R80.10, what objects did you include in Services and Applications in the access rule? Could you share a print of this rule?

I using only sip_any service on any to any rule. Make sure that in the "Advanced" properties of the service, the "Accept Replies" option is checked.

If you using multiple network. It is complicated. Currently, I am using manualt nat between internal networks.

I have a simular problem, running R80.10 with Soft IP Phones behind the firewall in the internal network, SIP Proxy is on the other side of the firewall. I have configured access rules with the proper protocols like sip-tcp, udp-high-ports and so on. When haveing Hide NAT enable nothing works, with Static one-to-one NAT there is one way audio in the phones. With no NAT at all phones work just fine in both directions. As for us the Static one-to-one NAT is a prefered solution, but how do we get it to work?

1. In that case, please use only SIP_ANY service on the rule.

I hope its work on your environment. I solved my issue like that method, even through over IPSec VPN.

I´ve tried this but, I have to use NAT that translates internal network ip range to a mapped ip range, thats cus our Voip ISP require us to use those paticular ip adresses. As of now the NAT is configured like this:

I have the same problem and i've done some troubleshooting.

Setup is with SIP_PROXY_IP in the internet. Everything looks good, call is setup but the RTP traffic coming from outbound dies on the firewall public interface and is never NAT-ed to the inside phone. The outgoing calls work fine because the NAT is performed correctly. The call setup phase works as we see both that the phone is registered on the SIP_PROXY_IP and that it is showing the call as working for around 60 seconds. The call itself is performed but nothing can be heard when doing inbound calls. This leads me to believe that the voice traffic itself is dropping. Outbound calls work just fine in this setup.

Packet capture is showing SIP traffic going on (there are some 489 Bad Event and 401 Unauthorized messages, but those appear in outgoing calls also and it still works) but RTP incoming traffic is never going through NAT, it dies on the O of the fw monitor. Outgoing RTP is clearly doing i I o O as supposed and leaving with the correct source IP.

Any idea what i missed? And of course if "fw tab -t sip_registration -f" should be showing any output?

If i configure a simple one-on-one NAT with SIP_PROXY_IP and INSIDE_PHONE_IP (mapped to FW_PUBLIC_IP) we have full functionality. There is more than one phone on the inside so this rules out a workaround with NAT unless i can spare 100 Public IPs.

What bugs me the most is that the customer tested with an ASA firewall and that one worked out of the box. It has NAT and a fixup configured pretty much.

I have an one odious idea. Maybe you can try to use only 1 Public Ip address.

You have to change extension sip ip from Sip_External to Sip_Internal

I just hope it could solve your SIP Issue...

Your workaround sounds quite like a good suggestion. I would say this a valuable solution to overcome all issues when Proxy is External.

We finally solved the issue with the help of CP Support. It looks like the service was Asterisk and this was using some malformed packets.

First step is to make sure you use  service 'sip' and then the behavior has changed instead of 'sip_udp'. (This should be enough, unless you have some non-compliant traffic, like we had)

After this step internal to external traffic started to work fine, but external to internal works only on the second attempt (On the first attempt there is no voice at all for both sides).

According to sk116126 which describes the customer configuration we created custom service for 'sip udp' and added 'high ports udp' service, and the issue has been resolved.