Can you please help us the working of Accept Domain name over UDP (queries) and Accept Domain Name over TCP (Zone transfer) in the global properties.

If we enable what it exactly does. 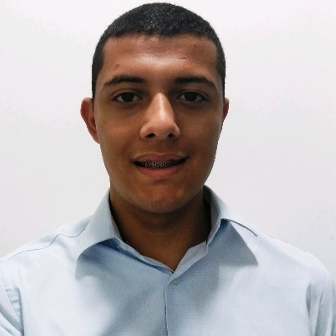 This option will enabled DNS queries on UDP/53 and DNS zone transfer over TCP/53 using a implicit rule. In other words, it not necessary create a rule on rulebase to accept dns traffic if this option is enabled.

yes we can see the implicit rule created if we enable the Accept Domain name over UDP (queries) and Accept Domain Name over TCP (Zone transfer). We have already enabled it in our production device. We need to know if we can disable it now we will get any impact or not.

And also wanted to know what it exactly does if we kept enabled.

PhoneBoy
Admin
In response to Vengatesh_SR

If you disable these global properties, then DNS lookups and zone transfers through the firewall will be blocked unless it is permitted by a different rule.

If you don't know if these things are happening through the he Security Gateway, then I recommend logging Implied Rules for a time before deciding to disable these properties. 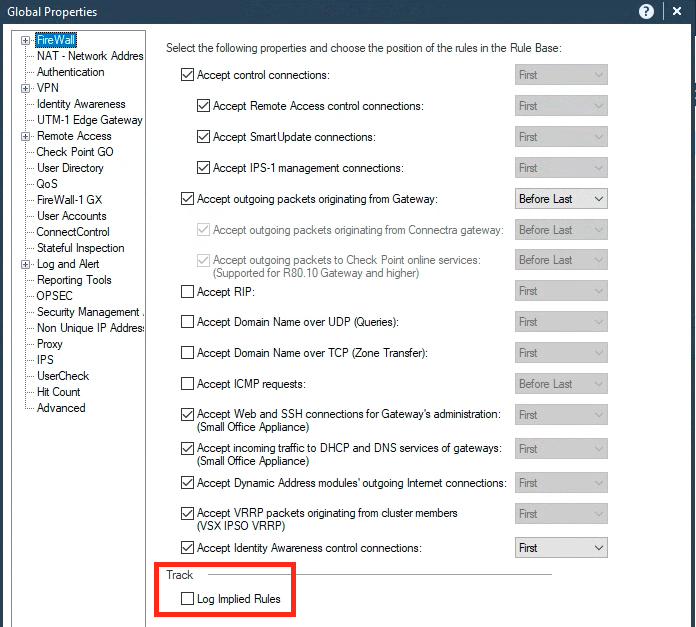 pankajagr83
Explorer
In response to PhoneBoy

What is best practice , shold we enable accept ICMP request in implied rules?

if firewall interface is gateway for vlan and server in that vlan required to ping gateway interface what other solution? should we allow before stealth rule?

PhoneBoy
Admin
In response to pankajagr83

Don't believe enabling via implied rules is strictly necessary.
ICMP would need to be allowed prior to your stealth rule, yes.

Dameon brings up a good point here, and this is a topic I cover in the CCSA classes that I teach.   The stealth rule should always be one of the first rules in your Network/Firewall policy layer, but what kind of rules need to appear prior to the stealth rule?  The main ones are:

There are a few other corner-case rules that have to appear prior to the Stealth Rule (VRRP multicast advertisements, legacy Client Authentication, SecureRemote Topology Downloads, etc.) but these are the big ones.

@Alisson_Lima is 100% correct. In simple words, anything you enable in that section would allow connection on implied rule, so you dont have to create specific policy based rules for it.

From R80 smart console guide, you can also click on help section and read it there as well. Hope that helps.