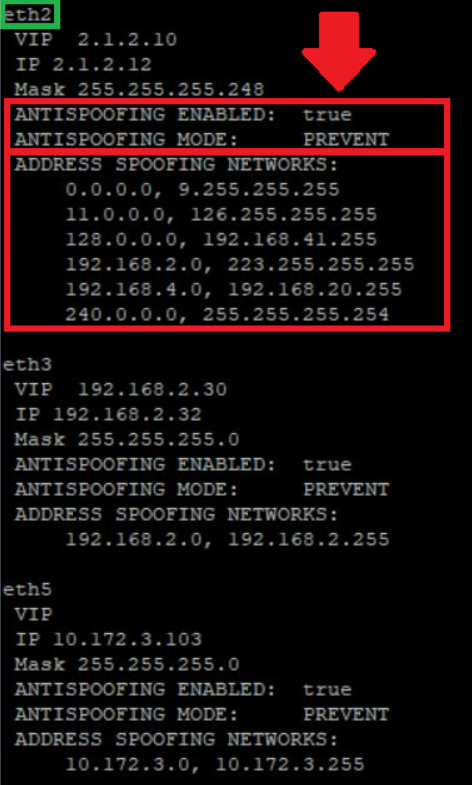 Now you can see the states of:

R80.20 and above support automatically setting up antispoofing topology based on the routing topology on the firewall. Other vendors call this Unicast Reverse Path Forwarding, or URPF. That is, without question, the right way to do antispoofing in any new growth.

It can still cause problems if your network depends on asymmetric pathing. For example, if traffic from a given network arrives at the firewall on one interface, but traffic to it leaves from another interface, URPF will only allow it to come in the interface which it would leave. This isn't necessarily asymmetric routing, as the traffic could be going through the same routers and just taking different L2 paths.

URPF ultimately reduces all antispoofing problems to routing problems, which are much better understood. If you still get antispoofing drops after enabling it, it means you need to fix your routing.

Could we add zones to the output?

thanks for sharing with us the script. it is very helpful.

iam getting this errors

This error messages occures, because the sort options are not anymore correct. Use "sort -g" instead of "sort -ng"