Where are these groups that we are able to view in the global object base on Smart-console, but when extracting the same groups in the API command, 145 is not found.

Could you please guys advise on this? 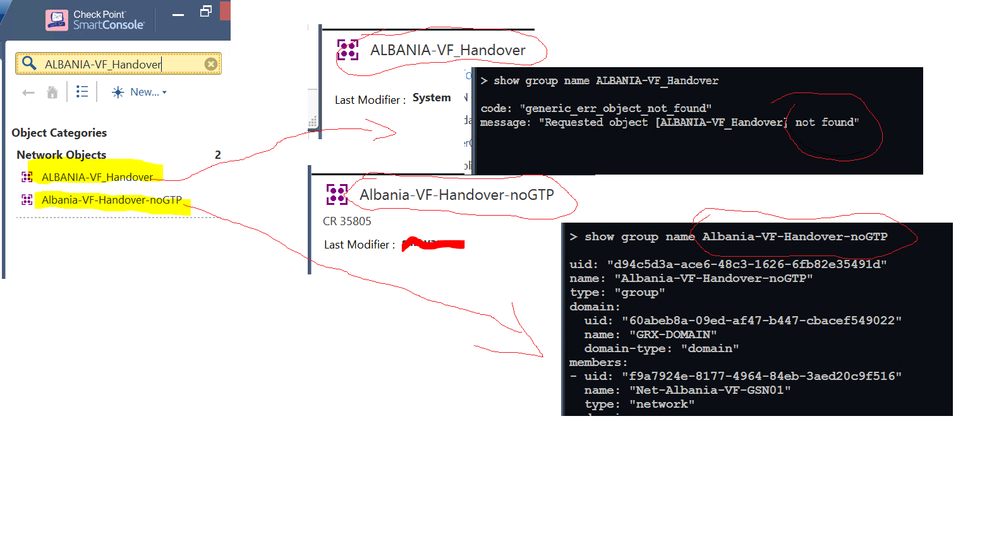 I suspect the name you use via the API is different than what’s shown for some reason (why I’m not sure).
I believe you can right-click on the object and get the UID of the object.
Then show the object based on that to see the real name.

ElderSantos
Explorer
In response to PhoneBoy

Thanks a lot mate. I will try to do that and let you know.