Delete VPN tunnel from the CLI

I want to do some scripting to detect these situations. (I know: Pain in the a… on Embedded GAIA!) But the  "vpn tu" utility is very limited on SMB appliances. It lacks the "vpn tu del" functionality. Such, one must use the menu system of "vpn tu" to delete any vpn tunnel.

Does any possibility exist to delete a vpn tunnel from the command line within a bash script? 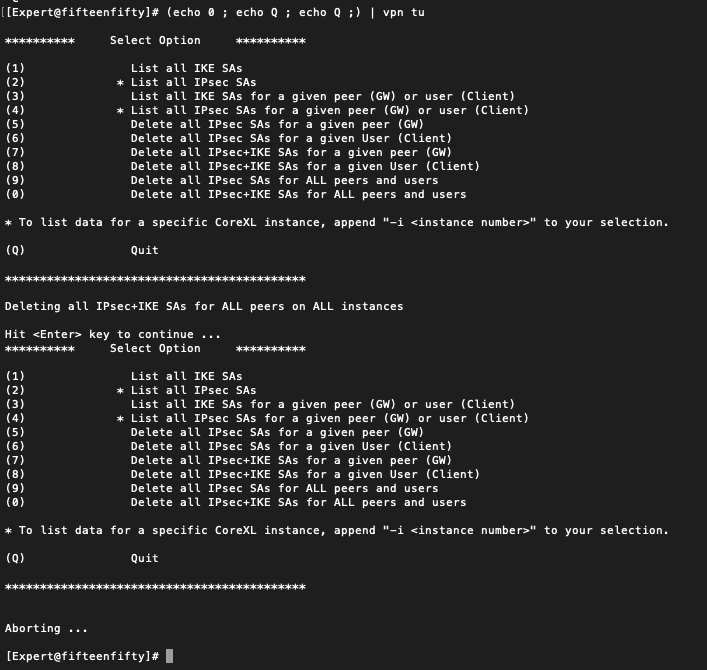 Took about 15mins for a shell script dummy...

Yes - you have to write a bash script that will answer with the right numbers and letters for the command you need from the menue. This is possible in bash, i had an experienced collegue who did that for me (some time ago for another command).

Thanks. That is the answer I feared I would get. SMB with Embedded GIA remains being a pain in the a**.

Dont be so hard on them 😎

Example was to enter y(es) upon command reboot:

Took about 15mins for a shell script dummy...