Web service APIs that follow the practices of the REST architectural constraints are called RESTful APIs. It is the mechanism that allows for systems to access, manipulate , delete , change  and add resources on an application via web services. The Security Management API is a HTTP-based RESTful API.

In general HTTP-based RESTful APIs are defined as follows:

To keep int simple we are in the Check Point Security Management API only relying on the standard HTTP method called POST to send API calls. In the body (payload) we are using a JavaScript Object Notation (JSON) style format.

JSON is a textual representation defined by a small set of governing rules in witch data is structured, making it:

Where name is just a string, value must be of type

An object is represented as a pair of curly bracket, { and } surrounding zero or more name/value pairs

An array is represented as pair of square bracket , [ and ] surrounding zero or more values

Because objects and arrays can nest. Trees and other complex data structures can be represented

In addition to sending API calls formatted as HTTP-based POST requests using JSON format in the body (payload) via a web service. R&D have created an portable executable called mgmt_cli that runs on Windows and Linux. This executable translates the CLI commands issued toward the executable into HTTP-based RESTful API calls and sends them encrypted over HTTPS to the management server.

Using the mgmt_cli the above API call would look something like the following:

As you can see an JSON object using the mgmt_cli is crated using name/value pairs. (For example name “host1”)

If you would like to add a tag into an array with existing tags you can in mgmt_cli type name.add "value" For example: 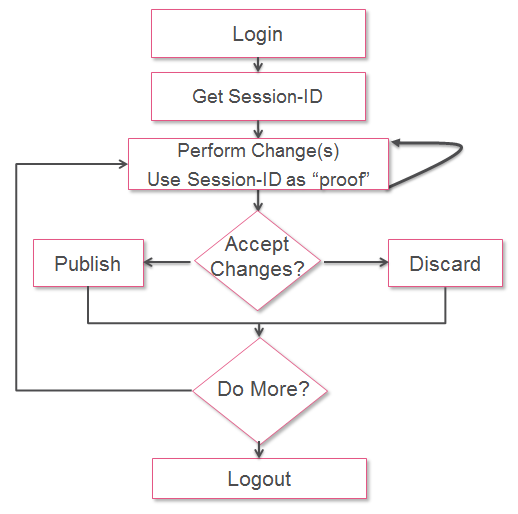 This is a must doc for management API users.

Excellent post for beginners and advanced users as well!

Greetings fellow APIans.... Does anyone know of a way to create objects via Tags using the RESTful API's?

Thank you in advance...