Our company  purchased a pair of the new  6800 gateways. We initially applied Take 203 , before it became GA last week,  as we weren't comfortable deploying new hardware without any notifies , supposedly the new 6800s can only run R80.10 and R80.20 ISOs and general release Takes and hot fixes can't be installed.

A week after putting them live into production the backup member of 6800 HA Pair  NIC hung twice within a period of 24 hours. the submitted cpinfo indicated issues with the NIC registers and there was a recommendation to RMA the Quad port NIC  card to "fix" the issue.

the following sk described what we were seeing in our logs

Not more than 96 hours later the same behavior occurred with the primary member of the 6800 cluster resulting in the failover to backup. again we RMAed the NIC card . on the recommendation of support ,  we changed the timeout for logging from 10 seconds to 2 seconds to better capture in the logs the behavior of the card before it failed. the card failed a 2nd time on what was the primary member , this time the unit flapped over 30 times over a period of 45 minutes before it ended up failing. this time the issue was more severe as the Cisco switch actually shut down the attached ports in a self protection mode due to continued prolonged flapping.

we are still waiting a solution from CheckPoint Support and R&D on this issue.

It was later conveyed to me that an other customer that purchased 6800s was having the same issues but was on R80.20 and Take 74. This customer had replaced the NIC and was also looking to RMA the entire chassis .

@Mark_Thomasson1 , please clarify if the instability manifested in R80.20 only after JHFA 74 was installed.

I'll be deploying a pair of the 6500s this weekend and would like to get some feedback from the community on their experience with 6000 series.

if you don't have confidence in either of those Takes you are left with the "unpatched" version of R80.10 or R80.20 as your only option

Is this only happening to NIC ports that are located on a slot expansion card, or is it happening on the built-in NIC ports as well?

The fake TX hang would seem to indicate a driver issue, whereas a "real" hang would normally indicate a hardware issue.  Can you please provide the output of the ethtool -i (interfacename) and ethtool -S (interfacename) and ethtool -k (interfacename) for an interface that has hung?  (Hopefully just after the hang and prior to a reboot/reset)  In the case of the last command all NIC card offloads should be *off* as this has caused some strange issues in the past, and it is certainly possible they are using some kind of new NIC hardware in these 6000 series boxes that may have some type of new offload enabled.

Not troubleshooting by posting the output of commands here. this issue has already been escalated with R&D
0 Kudos
Share
Reply
Highlighted

> Not troubleshooting by posting the output of commands here. this issue has already been escalated with R&D

Understood, please post the solution here once it is found by R&D for the benefit of all.  Thanks!

I don't know how Alex can state the issue is NOT the platform as the customer facing the issue  and no root cause has been established .

since the 6000 series have special builds of R80.10 and R80.20 that MAY or MAY NOT be. a contributing factor ,  I don't know AGAIN how anyone can definitely rule that out.

we have taken the 6800 out of production  as a result

We were able to upload a cpinfo shortly after the change  to our SR  in hopes to further address the issue.

I was assured by Checkpoint that the cards in my 6800 are not affected by this.  However, I seem to be having the problem on R80.20 Take 87.  I'll be opening a TAC case shortly.  However, here is the output of the commands you asked for before I reboot the machine.

Most of those ethtool counters look completely invalid.  Either something is seriously wrong in the ixgbe NIC driver, or there is some kind of corruption occurring.  You could try to remove and reload the ixgbe driver from the kernel with the following commands, but keep in mind it will cause an outage on all network interfaces that utilize the ixgbe driver (and a failover if you are using a cluster), not just the eth2-01 interface: 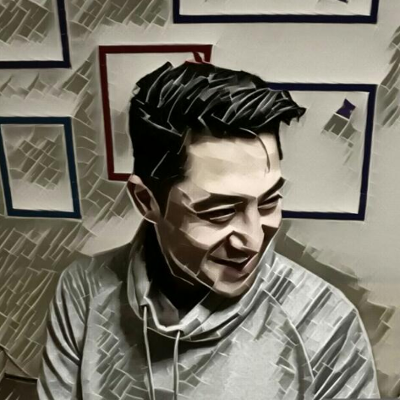 A quick update from RnD : this issue is definitely not appliance related (6k series, or any other...).

We are still studying the issue, most likely it will be found in ixgbe driver code, in a rare type of traffic bursts.

We will update with more details as soon as we make sure.

We would like to reach out to customers who experience this problem and provide them with a driver which we believe should resolve fake TX HANG.

From what we know, it's not a matter of specific JHF. We are gathering more information about such cases, but it seems like it can happen on R80.20 GA too. It's more related to the characteristics of the traffic flowing through the NIC

also Alex postulating this was due to a " rare type of traffic bursts" , I will comment that 3 of the 5 hangs we have observed has been with passive members of a cluster and yesterday essentially with a unit that is offline waiting a fix

turned out to be a hardware problem with the 4-port cards, affecting small subset of customers, and a full Root Cause Analysis is not yet available describing the nature of the problem

As a permanent fix, we will be getting a different quad-port NIC which is not susceptible to the same problem (design improvement) once those are cards available.

Interesting, thanks for the follow-up.