WATCH NOW
Turn on suggestions
Auto-suggest helps you quickly narrow down your search results by suggesting possible matches as you type.
Showing results for
Search instead for
Did you mean: 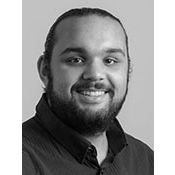 View all badges
Activity Feed
Kudos given to
View All ≫
Contact Me
Member Profile
I joined the IZA – Institute of Labor Economics as an intern in August 2012. A year later I started my apprenticeship as an IT Trainee, which I successfully completed in July 2016. From July 2016 to September 2016 I had been working as a IT Specialist for the IZA. Since Oktober 2016 I’m working as a Junior IT Manager for IZA.
Community Stats