New Ranks and Badges Coming in Migration to Lithium

As part of our upcoming migration from a Jive-based community to a Lithium-based one, we are changing up the ranks (because we can/have to) and badges (because we have to). Here are some details about the changes that are being made so you know what to expect post-migration.

In general, ranks/levels are given based on your community activity. In Jive, the rank names were boring names like "Level 10"--defaults that could have been changed at some point, but were not. In Lithium, the default names were even more boring, so we decided to change them to something a little more exciting--names based on precious metals and stones!

The formulas behind the ranks will also change, mostly because Jive and Lithium track different activities different ways. As previously noted, activities in CheckMates to date will be "transferred" and "scored" in Lithium according to the new formulas.

I recently did a check of several individuals with data migrated from Jive to Lithium. The vast majority of users will either be the same or an adjacent rank (one above or one below) as they were in Jive. In a few outlier cases, the rank could be significantly different. For the few outliers we've identified already, we will manually adjust your ranks post-migration. All other cases will be handled by request on a case-by-case basis.

Regardless, all activity going forward will be scored and ranked using the new formuals.

Passive Ranks (for people who don't post on CheckMates):

Active Ranks (for people who do post on CheckMates):

The above ranks will not apply to:

Your existing badges in Jive will not transfer over to Lithium.

We have defined some new badges, based on the number of times you:

Based on your previous activities in Jive, you will be granted new badges.

We may define other badges in the future. 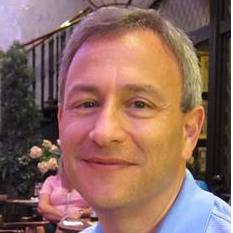 Geez Marie, they're not stones, they're minerals!

Do you have a public EA to watch Lithium