Vote for the
Best of CheckMates in 2022!

IPS inspection requires additional CPU and memory resources to handle the incoming packets. If your CPU utilization is under heavy load IPS inspection will be disabled.

Special IPS Bypass mechanism automatically disables all IPS protections (by placing them under exception), when it detects that the certain CPU utilization and memory utilization thresholds have been reached, and restores the IPS protections when the utilization decreases to a safe level.

The IPS Bypass mechanism measures spikes on specific CPU core. Meaning, it may be enabled if one of the CPU cores / CoreXL FW Instances that handles IPS, has reached the configured trigger for Bypass. IPS Bypass trigger is measured as a CPU reading above the High threshold and 9 readings above Low threshold. The IPS Bypass feature is enabled if any CPU core is under heavy load (it uses the busiest CPU core - requires continued load for 10 seconds to enter bypass). It is not measured as average of all active CPU cores.

The bypass settings is under gateway properties:

If you have it enabled there will be a checkmark under "Bypass IPS inspection..".

The thresholds can be seen under "Advanced" button.

To check your logs to see if IPS bypass did occur you can open Logs & Monitor and use this filter (choose last 7 days):

This is very interesting specially if you have an appliance that have IPS enabled and not powerful enough to handle all the traffic. The above log filter will show when IPS bypass was engaged and then disengaged. By the timestamp you will see the timespan that you were not protected.

Does this mean that when the Security Gateway is stressed absolutely, no IPS code is active?

Almost. Meaning, that all the IPS protections are under a global exception.

What would have happened on an appliance that did not have IPS bypass enabled but were under heavy load?

Is "IPS bypass enabled" a way for attackers to successfully run an attack by first making your firewall sweat and then run an attack knowing that your IPS protections will not be enforced during heavy load?

IPS bypass feature is created for customers who value connectivity more that security and cannot afford running full security checks in case of heavy load slowing down their business applications. This is a pure risk management subject and needs to be considered and treated as such.

Now, to your questions:

Q: What would have happened on an appliance that did not have IPS bypass enabled but were under heavy load?

A: FW will run high CPU and may cause some degradation on customer facing application, such as slow responsiveness, re-transmissions, etc.

Q: Is "IPS bypass enabled" a way for attackers to successfully run an attack by first making your firewall sweat and then run an attack knowing that your IPS protections will not be enforced during heavy load?

A: Theoretically yes, but considering dynamic nature of the bypass, a supposed attacker need to have inside information about particular settings and thresholds and even the fact of it being enabled. This makes such an attack tricky and not really practical.

I certainty understand your concern about elevated security risks with this feature enabled. As already mentioned, this is a risk management decision. Some customers might chose availability before security in some particular critical situation.

ED
Advisor
In response to _Val_

Enis Dunic‌, this feature is by no means enabled by default. It is part of GW object properties or Threat Prevention Policy and nothing else.

I personally would not define enabling IPS bypass as a "big security impact". IPS protections are about so-called "known bad" and unless you are relying exclusively on IPS for virtual patching of outdated systems, rarely represent the first line of defense.

Also, IPS bypass is not a novelty, it exists from R76 release. The related SK: How to tune the "Bypass under Load" IPS settings was originally created in 2011.

I do agree the point about risk management is important. At Check Point, we encourage our customers to exercise due diligence when creating and maintaining security policies for their need.

ED
Advisor
In response to _Val_

Yeah that makes sense since it's an object property, then someone must have enabled it. I might have confused you when I use both IPS and IPS bypass enabled in same sentence. What I meant was that just IPS will have sometimes high performance impact on the appliance and then combined with the IPS bypass enabled will lead to "big security impact" for the time that IPS bypass is engaged.

Thanks for good answers. You make a big difference here on this community (You are everywhere man).

I am happy to help, no problem 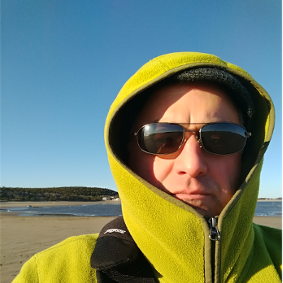 Tuning this is extremely difficult in complex environments, that said letting risk management asses really doesn't apply from my perspective. Taking  into account which in the traditional sense is more about server overload; then compromise attacks. With the amount of scanning on the internet today, and how quick it is to find an attack surface from wholesale houses like ‌ this is a topic that requires re-work from not only Checkpoint but the industry as a whole.