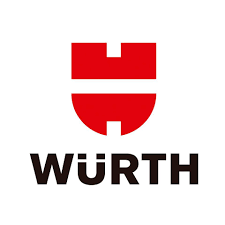 Why does the firmware setting "check point latest" doesn't work?

We have several SMP Plans, where we have decided to install always the latest firmware:

Has somebody the same problem?

I think this setting depends on the result of the automatic firmware upgrade check on the gateway, so I believe the issue is not in the SMP but in the gateway.

My gateways with build 541 all say they are up to date:

Check Point update services might be configured to report R77.20.81 as the latest version to the gateway. There are reports of instability in version R77.20.85 with central management in R77.20.85 performance issue on centrally managed SMB, I don't know if that is related.

You can always configure R77.20.85 in "Specific Firmware Version" and it will upgrade automatically at the defined time.

I don't know why we can download the official released firmware R77.20.85  (R77.20.85 for Small and Medium Business Appliances) and the same version isn't listed as the checkpoints latest.

Maybe I have to use the "Specific Firmware Version" tab...

We don't upgrade everyone to the latest release immediately when a new version comes out.

We roll it out gradually over time to the entire install base.

sdellsperger
Contributor
In response to PhoneBoy

Thanks for the info

I do not think that firmware updates should be an automatic action - i remember SMB sites with inoperable internet access after nightly firmware updates, and such a situation must not occur at all ! I know that it would be the easiest way to check automatic upgrade, but even CP now rolls it out over a longer time, and not without reason.

Yes of course. Probably I have to change the settings...

I have appliance 1490 on locally management. After suffering an automatic update of the firmware that caused me problems, I decided to change to manual update.

The appliance had R77.20.80 build 990172392 and was updated to R77.20.81 Build 990172541. When they released R77.20.85 the appliance never detected it, I had to download it and do the manual update. Even though R77.20.85 corrected me some things that were giving me a headache, it brought me a new problem, after a few hours and with the normal network traffic of the client, the firewall no longer allowed traffic to the Internet and no I could manage it, it did not respond to the ping either. I have a ticket raised for this problem, recently released a new build but the problem persists. The point to the original question is that the technical support of checkpoint told me that it is possible that the area responsible for firmware updates has "deactivated" the detection of this firmware for the problems it has presented.

There's a couple bugs we are tracking here:

Recommend engaging with the TAC.

How To Open a Case with TAC and/or Account Services‌

Thanks... I've a Service Request open on TAC.