This is what's shown in GUI for the new release, however this doesn't seem to quite match what's in the SK's mentioned above.. 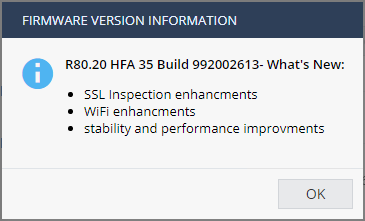 The SKs list is of Resolved Issues, not new features ! The GUI has a very shortened list of the sk174683 features...

Thanks, but is there any info about those new features and/or enhancements?