CheckMates Fifth Birthday
Celebrate with Us!

Join the CHECKMATES Everywhere Competition
Submit your picture to win!

CheckFlix!
All Videos In One Space

Yours truly and Valeri Loukine‌ did a shortened version of our R80.20 talk that we give at CheckMates Live events.

We cover some of the features and benefits of R80.20 and show you how to upgrade.

And, of course, we answer all your burning questions.

Excerpt of video below with the full video available to CheckMates members here: Migrate to R80.20 TechTalk

(view in My Videos)

Q&A will be posted in the coming days.

Sorry for the delay. Here are some of the Q&A:

Will appear the features of R80.20 management release in R80.20 GA with jumbo hotfixes?

No, but they are expected to appear in the next maintrain release.

Can we use those Updatable Objects on HTTPS Inspection to bypass inspection for example to Skype for Business?

Not currently, but this is planned.

While Migrating Multidomain server to New one with new ip, how licensing work?

You would need to request appropriate evaluation licenses. To move your permanent licenses, you will need to engage with Account Services.

I believe R80.10 allows dynamic objects that update from the gateway as long as the gateway has DNS access

It appears you are referring to Domain Objects, which work as you describe in R80.10.

At this stage, you should not upgrade to R80.20.M1, but R80.20 GA or R80.20.M2. The Management releases should be used if you need the features they contain. When we released R80.20 GA, we changed the upgrade mechanism and did a phased rollout of this, which meant you initially needed TAC help. This is not required any longer. For more details, see: Security Management upgrade from/to Management Feature Release

Is it possible to have the object use in a rule and not not only the hit rule?

Not at the moment, but this is still in the plans.

Not currently, though it is planned to be added through a Jumbo Hotfix. It is expected to be included in R80.30 as well.

Scheduled policy and IPS installation are available only in R80.20 or they are existing R80.10 as well?

The Updatable Objects mechanism is updated from the cloud. This includes the ability to add additional applications in the future, which we plan to do.

We have a standalone R77.30.03 Endpoint Management server, recently updated to support E80.90/E80.89 for Mac.  Is R80.20 a suitable/compatible upgrade path for us? Or will support for this client come later?

We are using different migration tools to migrate releases from R80.20 to later releases (including management releases). The existing tools can be used to migrate to R80.20 from R80.10 and earlier releases.

R80.20SP should already be available. 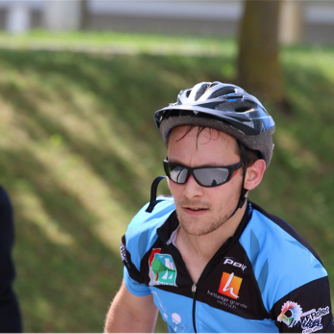 Arthur_DENIS1
Advisor
In response to PhoneBoy

What do you means with:

"Is SNI is supported on R80.20?
Not currently, though it is planned to be added through a Jumbo Hotfix. It is expected to be included in R80.30 as well."

Is it supported in last hotfix ? Or at least supported in R80.10 ?
I can't find anything in the documentation about this limitation...

SNI is supported by default with r80.30 with r80.10 or r80.20 it require hotfix on top of specific take..and it's requested via local SE office.

Thanks for the answer.

Any documentation about that point ?