The customer's equipment was changed from SG23800 to SG6900 equipment.

And a 10Gbps add-on module is inserted.

As for the issue, when Bypass mode is activated in the DDOS device above the Check Point firewall, the firewall will be in the following state.

We tested the internal interface by directly connecting the firewall to each other, but the results were the same, and we also confirmed that the hello packet was sent normally.

However, SG23800 configured with R80.40 and tested with the same hotfix, but no symptoms occurred.

Also, when I test the UTP which is onboard on the SG6900, the symptoms do not occur.

I suspect it is a driver firmware issue that appears when an additional module is inserted into the SG6900 or quantum device.

Have you ever experienced or resolved the same symptoms as me?

Currently, I am in the process of opening a case.

PS. R80.40 has been tested from No Hotfix to the latest ongoing hotfix. 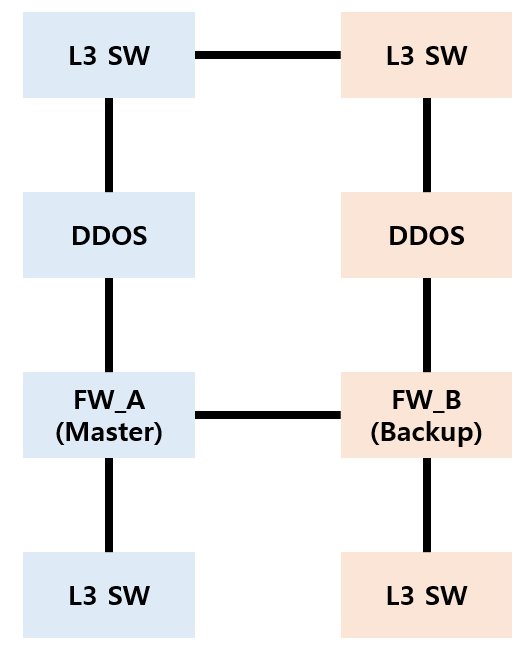 * When using VRRP VMAC mode, both spanning tree and IGMP snooping must be disabled to avoid split brain.

However, we configured and tested the same internally,

and the interface at the bottom of the firewall was directly connected to each other, but the same problem occurred.

It doesn't appear to be a switch issue in my opinion.

I Think This is an obvious bug.

Please report the case to TAC for assistance, note certain NIC card versions were only "supported" from JHF T139 GA but this doesn't appear to apply in your case.

It might help you resolve this issue if you are using "VMAC mode: VRRP".