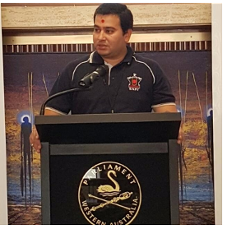 Yesterday one of my team mate tried to add new interface to cluster via GUI first and than clicked "Get Interface" from SmartConsole. As per her, that changed everything for all interfaces including "Anti-Spoofing" settings and she has to backout changes.

Any reason why this could have happened and is there easy/quick way to roll-back?

This situation is described here:

sk118518: How to get the interfaces without changing the current topology in SmartConsole R80 and ab...

As far as backing out, in R80+ you can go to "Installation History" and immediately reinstall a known-good policy to the gateway that does not have the erroneous anti-spoofing changes in it.  That will buy you time to fix the antispoofing config in your current setup.

Once a corrected policy has been pushed and verified, don't forget to immediately turn antispoofing back on like this:

While it is possible to easily back out session changes to rules in a policy layer via Actions...History...Revert, unfortunately there is no way I know of to quickly back out changes to an object.