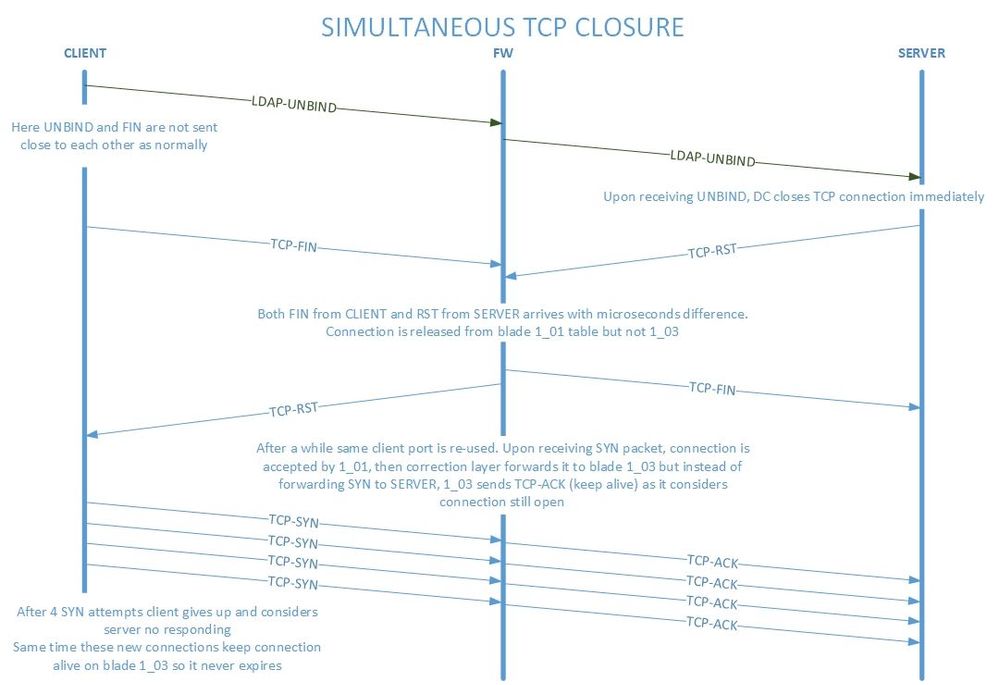 Kaspars_Zibarts
Employee
In response to Murad_Elmgbar
Doesn't really work for us as it's a domain controller with millions of connections so I cannot sit there monitoring for hanging ports. Been trying to tweak the correction flows now to get the flow in a single blade but that won't fix actual underlying bug 😞
0 Kudos
Share
Reply