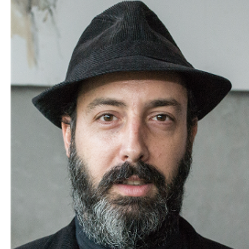 HOW NOT TO BECOME A CRYPTO CURRENCY THOUGHT LEADER

Call for regulations. The mind blowing attraction of bitcoin having no government regulation, the inability of authorities to direct bitcoin by printing more is fascinating and attracting. The opportunity of freeing control of transactions from the current financial institutes, disruptively allowing global economy which is truly market based, captures the mind. But this comes with a down side even the most social concerned anti banking anarchists need to consider.

The rise of bitcoin valuation somewhat correlates to the use of it, and unfortunately, as always, cyber criminals were the first to adopt this currency for that exact reason of no-regulation and control. The ransomware epidemic, digital extortion for crypto currency fees, was so successful it hyped the last valuation sore of bitcoin. If we want to be protected from digital criminal activity, we need to observe the underlying source allowing it, the current missing moral regulation on bitcoin transactions.

A somewhat similar physical industry was facing the same issue, the diamond industry. The notion of blood diamonds, diamonds that were used for trading of arms and criminal activity by corrupted regimes were risking the legitimacy use of diamonds in general. The good will of buyers, which did not wish to be adorned or to bejewel their loved ones with moral crimes, was threatening the industry. The solution was self-regulation were each diamond origin was certificated with a conflict free stamp to allow a more ethical jewelry and environmentally responsible industry.

Fortunately, bitcoin is based on an open public certificate for each coin. The block chain technology holds a publicly open ledger which can be used to trace back each bitcoin transaction from its original miner wallet through every transaction that was made from that wallet onward. Meta marking of wallets as holding blood bitcoins, like bitcoins originating from ransomware wallets which risked the life of patients in hospitals as in the WannaCry campaign attacking the NHS, or bitcoins gained from child pornography content creation. There are actually some projects for exactly that in development, like BITCRIME that aim to mark crime based bitcoins by tracking the transactions that are reportedly from criminal activities. But adopting it is up to us, we wouldn’t want to buy such coins, would we?

Going back to the diamond industry comparison, another similarity is the mining process. Corrupted regimes can enslave workers to mine diamonds under extortion or inhuman condition. Conflict free certificates are meant to sanction such acts and not allow them funds. Using shared mining algorithms, bitcoins can be mined similarly on other people’s CPU, either with their agreement or not. Evolving new trend of criminals and sanctioned regimes in order to gain this regulation free currency is mining it on infected machines. The most cost effective mining process is not to buy dedicated machines for bitcoin mining but rather infect machines to mine bitcoins for you, we even now see JavaScript ads used to mine bitcoins either with split revenue to the site owner o....

Along with illegal activity, there is un-ethical bitcoin mining by warehousing mining centers in cold environmental habitats for the free cooling system and damming of rivers for the free electricity. The global environmental impact of such operations and the growing arms race for consuming energy to power the virtual currencies mining is up to us to withstand. We wouldn’t want virtual coin to eliminate polar bears, or us for that matter, would we? Similarly to crime born transactions, bitcoin miner wallets can be marked with ethical mining certificates and promote conflict free bitcoins.

Risking being not cool, and stating the need to self-regulate crypto currency is the code of the hour. Asking your bitcoin broker, where these bitcoins originated from would put action in a needed place for change. You are also risking your investment in holding these blood bitcoins, when the hopeful day will come that ethical crypto currency would be valued.

Did you mind those bitcoins?