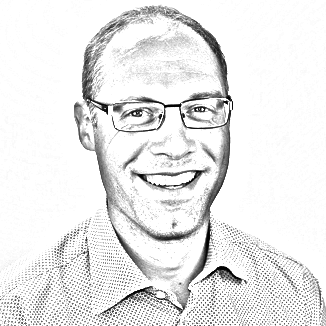 We are having problems with some vpn tunnels since we upgraded our firewall gateway to R80.10 (previous R77.30)

More specifically between our Check Point R80.10 gateway and Fortigate gateways that are behind a NAT router.

On both firewalls tunnel status is shown as up.

When sending traffic from LAN behind Check Point to LAN behind FortiGate, the traffic arrives at the host behind the FortiGate. The answer is send, can be seen on the FortiGate but doesn't arive at the original sending host.

With tcpdump on Check Point we only see syn from src to dst, no ack from dst to src.

No drops between src and dst with fw ctl zdebug + drop

And after a few of the messages above:

We opened a ticket with both Check Point & Fortigate but seems like they don't find a sollution and point to each other...

I know that a vpn with a firewall behind a NAT router is not the best sollution, certainly for vpn between 2 vendors, so we try to avoid such setups but sometimes there is no other option.

Anyone else who experienced such problems with R80.10?

Yes, I was finaly able to test today.

Changing the setting offer_nat_t_initiator from false to true seems to be sufficient.

Seems like this setting has only vallue true as default with fresh R80.10 installations.

When upgrading from previous versions this vallue is default set to false.

Can you tell me if the external interface of the fortigate belongs to its encryption domain (as it is defined in Check Point) and if you have tried the "Disable NAT inside VPN community" option in the Community properties?

We tried with "Disable NAT inside VPN community" option checked and unchecked.

To configure NAT-T for site-to-site VPN:

🙂 This option is enabled.

I am not sure if these parameters have changed in R80.10, but it may be worth investigating:

These variables are defined for each gateway and control NAT-T for site-to-site VPN:

The variables can be viewed or changed in GuiDBedit under:

On both objects, check point fw and fortigate:

So offer_nat_t_initiator is not the default value.

while searching for the meaning of this value, I found sk32664 so it seems there has been changed something

Will let you know if this works.

Thx for pointing me to this direction.

Yes, I was finaly able to test today.

Changing the setting offer_nat_t_initiator from false to true seems to be sufficient.

Seems like this setting has only vallue true as default with fresh R80.10 installations.

When upgrading from previous versions this vallue is default set to false.

That's how it should work according to sk.

The certificate and the dynamic object seem to relate to a pre-r80.10 versions.

Glad to hear that you've got it to work.

We had the same issue with peer end Fortigate firewall, tried changing the setting offer_nat_t_initiator from false to true and it worked.