We currently have two interfaces configured as Topology - External. We want to change one of them to be Topology - Network defined by Routes. 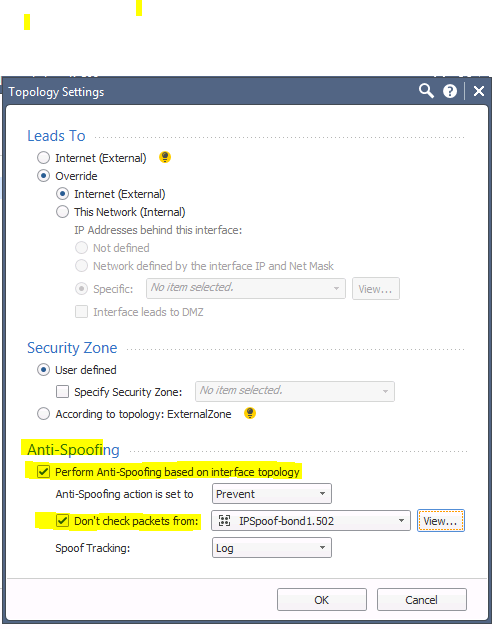 There doesn't appear to be this option on R80.10 although the help does takes you to this page:-

The type of network that the interface Leads To:

If you Override the default setting:

One that will remain as External leads to our External facing firewall,  the other which we want to change leads to our internal network.

We also have Anti-Spoofing set on this interface .

Firstly is this option available in R80.10 and if not what option is recommended to point back to our internal network.

Secondly will changing this cause us any outage?

Re: Will changing an External defined interface to Network defined by routes cause a blip on a clust

This option is only available on R80.20 gateways and above.
If the anti-spoofing configuration is not set correctly, it can cause an outage.
Make certain all the correct network(s) are defined on all the relevant interfaces.
0 Kudos
Share
Reply