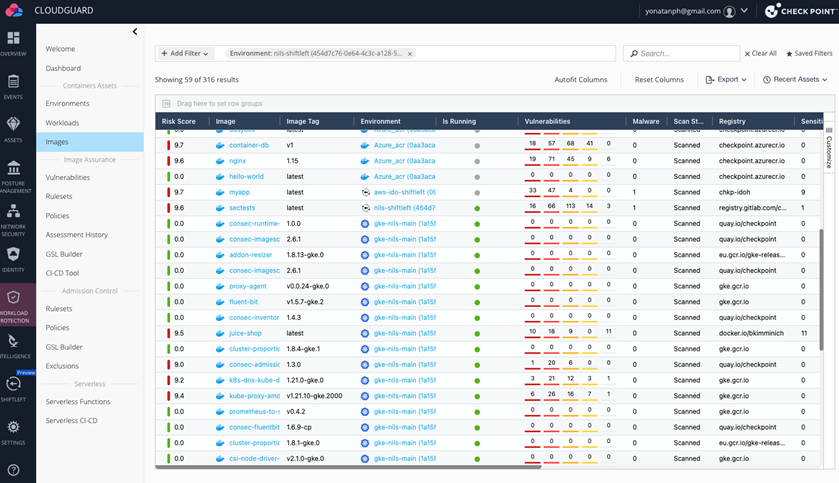 A taste of what’s to come:

Currently, Registry Scanning engine agents can only be deployed on Kubernetes clusters, but AWS ECS and Azure ACI scanner support will be added later in this quarter.

Stay tuned for a new container-oriented dashboard, that has more capabilities and can address a wider range of container-based security use cases.

Image Admission integrates Admission Control capabilities, including the ability to block deployments, with Image Assurance’s vulnerability scanning. This capability allows the admin to Prevent deployments that use non-compliant images.
Image Admission is now available for testing via APIs, it will be officially released later in Q3.